Waymo Is 99% of the way to self-driving cars. The last 1% is the hardest

Waymo Is 99% of the way to self-driving cars. The last 1% is the hardest 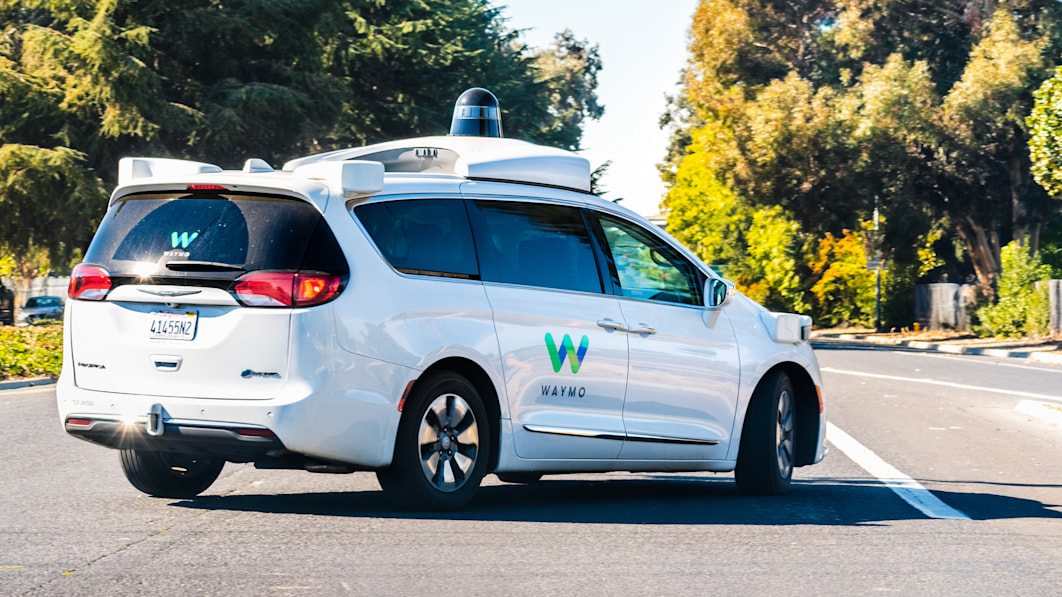 Joel Johnson laughs nervously from the backseat when his self-driving taxi stops in the middle of a busy road in suburban Phoenix. The car, operated by autonomous vehicle pioneer Waymo, has encountered a row of traffic cones in a construction zone, and won’t move. “Go around, man,” Johnson says as he gestures to the drivers honking behind him.

After the vehicle has spent 14 mostly motionless minutes obstructing traffic, a Waymo technician tries to approach — but the car unexpectedly rolls forward, away from him. “It definitely seemed like a dangerous situation,” Johnson recalls.

Incidents like this one, which Johnson posted to his YouTube channel in May, are embarrassing for Waymo — a company that’s having its own problems moving forward. A unit of Alphabet Inc., Waymo hasn’t expanded its robo-taxi service beyond Phoenix after years of careful testing. The company has floated moves into other areas — trucking, logistics, personal vehicles — but the businesses are in early stages. And its production process for adding cars to its driverless fleet has been painfully slow.

This spring, Waymo saw a mass exodus of top talent. That included its chief executive officer, chief financial officer, and the heads of trucking product, manufacturing, and automotive partnerships. People familiar with the departures say some executives felt frustrated about the sluggish pace of progress at the enterprise.

Despite years of research and billions of dollars invested, the technology behind self-driving cars still has flaws. Not long ago, a glorious future of autonomous vehicles from Waymo and its many competitors seemed close at hand. Now, “what people are realizing is that the work ahead is really hard,” says Tim Papandreou, a former employee and transit consultant.

Waymo, by most measures, is still the leader of the world’s autonomous vehicle effort. Development of its technology began at Google more than a decade ago, and the company hit a historic milestone last year when it started its completely driverless taxi program in Arizona. During the pandemic, many rivals gave up on self-driving (Uber Technologies Inc.) or sold themselves to rivals (Zoox, which was acquired by Amazon.com Inc.). Waymo kept going, raising $5.7 billion from outside investors since last summer, adding to the untold billions Alphabet has already spent.

Waymo points to its remarkable track record vs. those of its rivals. Since last fall, the company says it’s provided “tens of thousands” of rides without a driver present in Arizona. “We consider that to be a huge accomplishment,” a Waymo spokesperson said in a statement. “In fact, the absence of any other such fully autonomous commercial offering is a demonstration of how hard it is to achieve this feat.”

But the company’s remaining competitors have also started to hit milestones. Argo AI, backed by Ford Motor Co. and Volkswagen AG, will start charging for robot rides in Miami and Austin later this year — albeit with a human minder behind the wheel. Zoox and Cruise, which is funded by General Motors, Honda, and SoftBank, have begun testing autonomous vehicles on public roads in California. While none of these companies has yet turned a profit on self-driving tech, they’re all directing billions of dollars toward erasing Waymo’s early lead.

Waymo separated from Google’s research lab in 2016 to become the latest subsidiary of Alphabet, and went on a hiring spree, recruiting personnel to cut business deals with automakers, draft financial models, lobby state houses, and market its technology. At the time, many Waymonauts — as employees call themselves — believed the machinery was in place for fully driverless cars to hit public roads imminently.

In 2017, the year Waymo launched self-driving rides with a backup human driver in Phoenix, one person hired at the company was told its robot fleets would expand to nine cities within 18 months. Staff often discussed having solved “99% of the problem” of driverless cars. “We all assumed it was ready,” says another ex-Waymonaut. “We’d just flip a switch and turn it on.”

But it turns out that last 1% has been a killer. Small disturbances like construction crews, bicyclists, left turns, and pedestrians remain headaches for computer drivers. Each city poses new, unique challenges, and right now, no driverless car from any company can gracefully handle rain, sleet or snow. Until these last few details are worked out, widespread commercialization of fully autonomous vehicles is all but impossible.

“We got to the moon, and it’s like, now what?” says Mike Ramsey, a Gartner analyst in Detroit and longtime industry spectator. “We stick a flag in it, grab some rocks, but now what? We can’t do anything with this moon.”

At first, it appeared that Waymo would produce cars at a supercharged pace. In 2018, Waymo signed up to turn as many as 20,000 Jaguar SUVs into Waymo autonomous vehicles. Months later, it said it would expand its fleet of Chrysler Pacifica minivans to more than 60,000. Waymo planned to buy the cars and install what it called its “Driver” — a suite of cameras, sensors, and proprietary computer gear.

“There’s not a lot in assembly,” then-CEO John Krafcik, a former auto executive, declared at an event that year.

In reality, skilled disassembly is required. Engineers must take apart the cars and put them back together by hand. One misplaced wire can leave engineers puzzling for days over where the problem is, according to a person familiar with the operations who describes the system as cumbersome and prone to quality problems. Like others who spoke candidly about the company, the former employee asked not to be identified for fear of retaliation.

Skilled disassembly is required. Waymo engineers must take apart the cars and put them back together by hand. Argo and Cruise plan to build their driverless cars from the ground up.

The painstaking nature of the process has left Waymo without a viable path to mass production, the person says. Waymo has slashed parts orders on the Chrysler minivan project and has had far fewer Jaguars delivered than initially expected, according to people familiar with the automakers’ plans.

The Waymo spokesperson says the company is not supply-constrained in Detroit, and that it’s on track to hit all its internal production targets with Jaguar, but declines to share details. The company also disputes that it’s fallen behind schedule on constructing its Chrysler vehicles, noting that these agreements are “fluid and subject to change.”

Waymo’s competitors in Detroit already have vast manufacturing capabilities. Argo and Cruise, for example, plan to build their driverless cars from the ground up. Insiders generally believe that Waymo is the leader on technology, but manufacturing capacity could give Detroiters the advantage when it comes to rolling out fleets, according to Ramsey, the Gartner analyst. “I don’t know what their current number is,” he says of Waymo’s production. “But it hasn’t moved much.”

In 2019, Waymo rented a warehouse in Detroit to be, as Krafcik said at the time, “the world’s first dedicated autonomous plant.” Michigan officials agreed to give the company an $8 million grant partly in exchange for creating at least 100 jobs in the state. As of last fall, Waymo had hired 22 people to work at the facility, according to state filings. The company says it’s exceeded the 100-person job-creation pledge in the state, and would not comment on the headcount of specific offices.

Earlier this year, Waymo was trying to produce 5 to 10 vehicles a day at the factory, says one former employee. The company disputes this claim.

Changes at the top

After years of publicly touting the wonders of self-driving, Waymo personnel started talking in recent years about managing people’s expectations of what their cars could do, and when. Several people who worked at Waymo describe parent company Alphabet as extremely cautious, particularly after an Uber self-driving test vehicle struck and killed a pedestrian in Arizona in 2018.

For example, Waymo’s ad hoc board shot down a splashy marketing pitch from Krafcik, according to three people familiar with the decision. In 2018, he wanted to stage a multicity demonstration of the company’s technology, with pop-up marketing installations showcasing what Waymo could do. Tesla Inc. had carried out something similar with its early models. But the company’s board — which consisted of Google’s founders Larry Page and Sergey Brin, along with Alphabet honchos and a few outside investors — worried about repeating the failures of Google Glass, the flopped augmented-reality spectacles, by introducing a product before it was ready. A Waymo spokesperson said that the company simply went in a different direction.

Krafcik left the company in April. The new co-CEOs are Tekedra Mawakana, formerly Waymo’s chief operating officer, and Dmitri Dolgov, who had been its chief technology officer. The pair met with backers and partners this spring as Waymo closed its financing round. According to one investor, the new chiefs were upbeat in a recent meeting, saying that with the pandemic fading the company was gearing up to make “huge headway” on its goals.

Meanwhile, in Phoenix, even after his traffic cone incident, YouTuber Joel Johnson was still enthusiastic about the technology. “It seems to handle pretty much everything that I try and throw at it,” he says. In other words, it works 99% of the time.