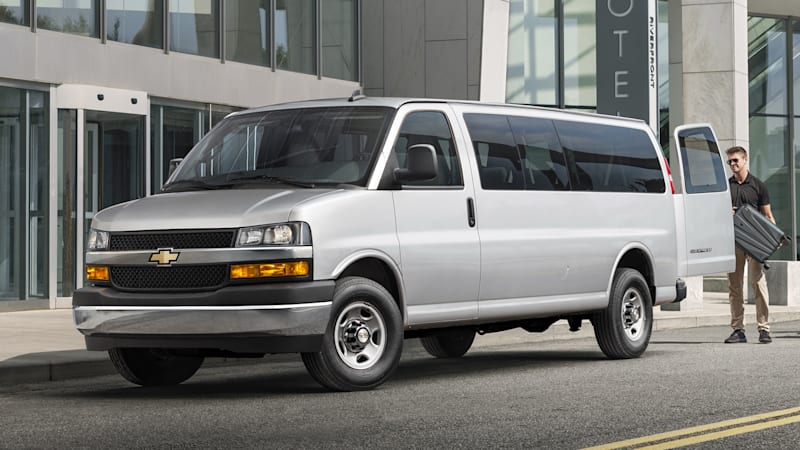 GM is telling owners of certain 2021 Chevrolet Express and 2021 GMC Savana work vans to park them outside and away from other vehicles and structures due to a fire risk. Additionally, the company is recalling 10,154 of the vans it believes to be at risk of catching fire. The breakout is 7,891 for Chevy and 2,223 for GMC.

Only vehicles equipped with the 6.6-liter V8 (the new-for-2021 engine option) are included in the recall, and it’s limited to vans produced on or prior to December 7, 2020. The problem stems from some anti-rotation tabs on the positive battery terminal that are too close to a fuse block assembly attachment post. This lack of clearance could cause the tabs to come into contact with the fuse block, causing a short circuit. GM points out that a short-circuit of this nature could cause battery drain or lead to a fire under the hood. Your warning for the time being will come in the form of a low battery voltage warning, or you might just wake up with an unexpected dead battery.

GM says that it first opened an investigation into this problem on January 26 this year after it was notified of an underhood battery fire on a 2021 Express. The investigation found three other underhood fires and concluded that these fires were originating from the positive battery cable attachment near the fuse. This recall was officially posted on March 11 this year, and the National Highway Traffic Safety Administration just sent a notification out to the media yesterday.

The fix is a relatively simple one. Dealers are going to remove a portion of the anti-rotation tab on both positive battery cable terminals near the fuse block assembly attachments. This increases the clearance and eliminates the risk of fire, GM says. The job will be done under warranty, and GM says it will begin contacting owners for recall work on May 3 this year.