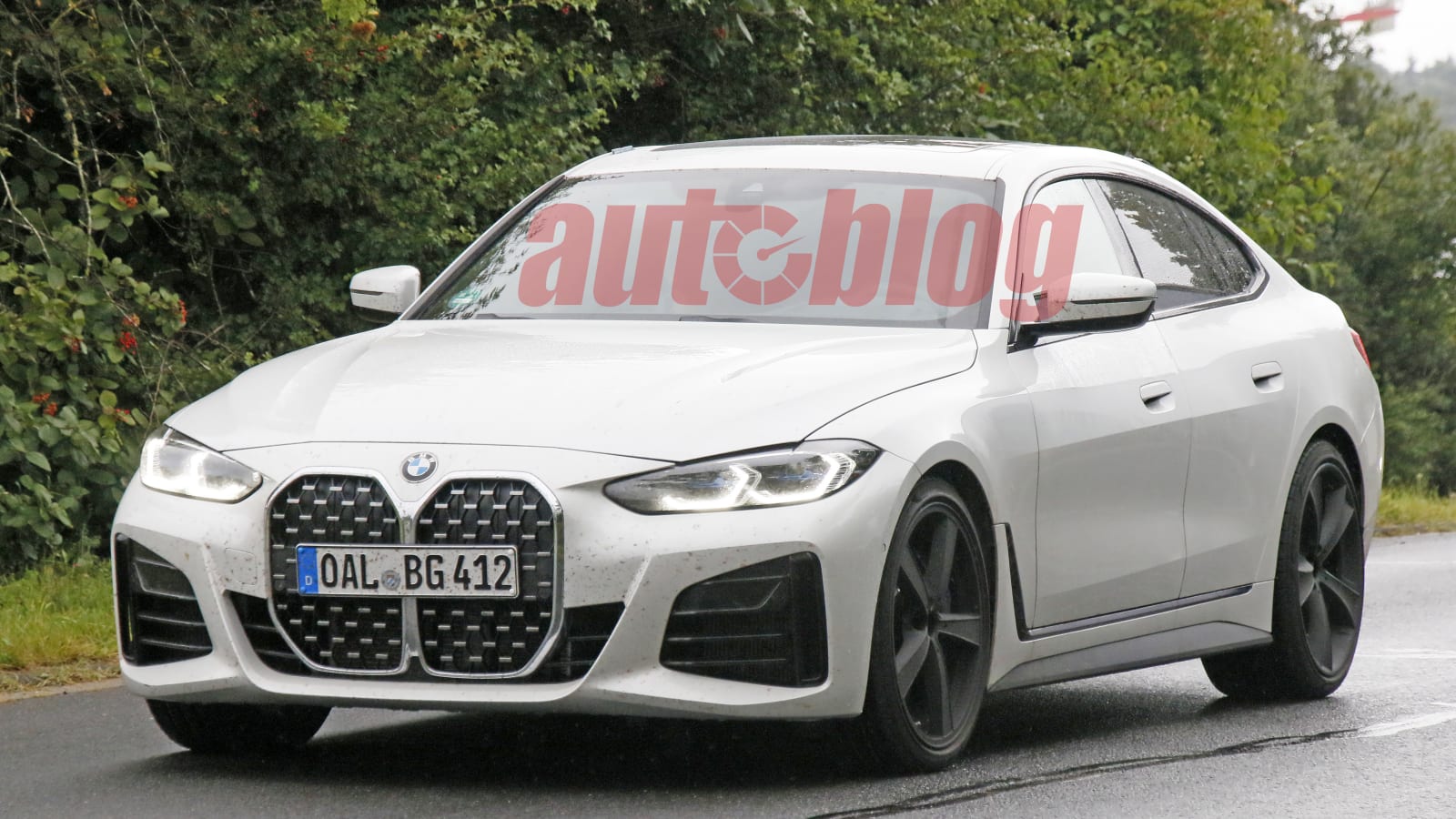 There’s another Alpina model coming, and this one is the B4. We haven’t published spy shots of it yet, so this is our first look at the new car out testing — our spy shooters caught it near the Nurburgring.

Just as previous reports showed us, the new Alpina B4 is being built off the four-door Gran Coupe version of the 4 Series, not the two-door Coupe. For reference, the previous Alpina B4 was offered in both Coupe and Convertible forms, but not in the Gran Coupe.

The big visual that identifies this test car as the Alpina version of the 4 Series Gran Coupe is its exhaust. It’s sporting the traditional quad oval tips that we see on every other new Alpina product these days, and the rear bumper is camo’d up to hide any visual differences that accompany the new rear end. Unfortunately, Alpina doesn’t let us see much more than this. The usual Alpina-specific front lip/splitter has been removed from this test car (there’s simply no front lip). Plus, it’s wearing wheels that won’t see production either — expect the heavily-spoked traditional Alpina wheels to take the place of these test rims.

What is inside the wheels is of interest, though. We can spy big, blue brake calipers with a sticker over what would be the “Alpina” badging. They’re just like the blue calipers on the already-revealed B3 for this generation of 3 Series. It’s even more confirmation that what you’re looking at is the Alpina B4.

Powering the B4 is likely an Alpina-fettled BMW 3.0-liter (taken from the M440i) that will make 462 horsepower and 516 pound-feet of torque. We assume these numbers, as Alpina will likely do the same to the B4 as it did to the B3 for this generation of 3 Series. Expect all-wheel drive and the eight-speed automatic transmission to be standard issue equipment, too. With numbers like those, the Alpina B4 could very well be the under-the-radar M4 alternative. That said, BMW M always goes far more extreme when it comes to handling and track performance.

It’s also unclear whether or not the U.S. will get the B4. Alpina doesn’t offer the B3 here, so that puts the B4 into doubt. Alpina has favored big cars as of late, choosing to send us the B7, B8 and XB7 instead of its smaller options. We expect the B4 will launch soon, though, so watch out for news on its release in the coming months.