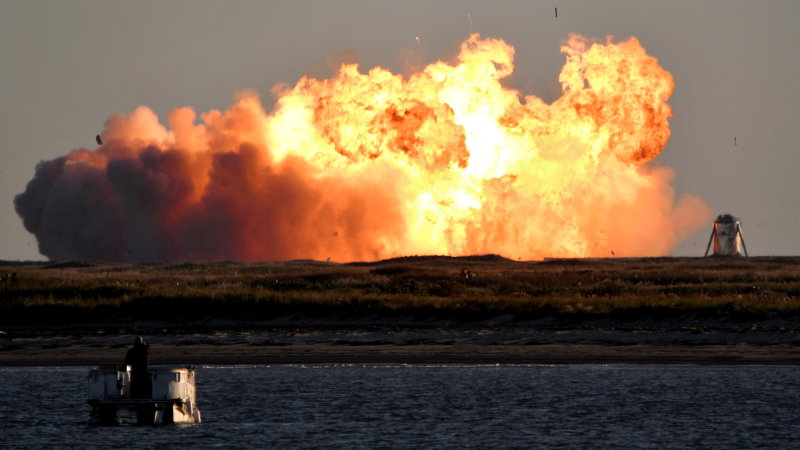 The full-scale stainless steel rocket reached its intended altitude of 6.2 miles (10 kilometers), slightly lower than the last one. Everything seemed to be going well as the 160-foot (50-meter) Starship flipped on its side and began its descent. But it did not manage to straighten itself back up in time for a landing and slammed into the ground.

“We’ve just got to work on that landing a little bit,” said SpaceX launch commentator John Insprucker. “Reminder — this is a test flight.”

The next Starship stood nearby at the launch site in Boca Chica, Texas, during Tuesday’s test, which lasted 6 1/2 minutes.

Musk is developing Starship to carry people to Mars, perhaps in as little as several years. It’s the upper stage of his intended moon- and Mars-ships, meant to launch atop a mega rocket called Super Heavy that is still being developed.

SpaceX tried to launch Starship last week, but failed to get the necessary approval from the Federal Aviation Administration, prompting a Twitter outburst from Musk.

SpaceX did not comply with safety regulations for the Dec. 9 flight, an FAA spokesperson said Tuesday, and needed to take corrective action before proceeding with launch operations. Tuesday’s flight met all safety criteria, according to the FAA.