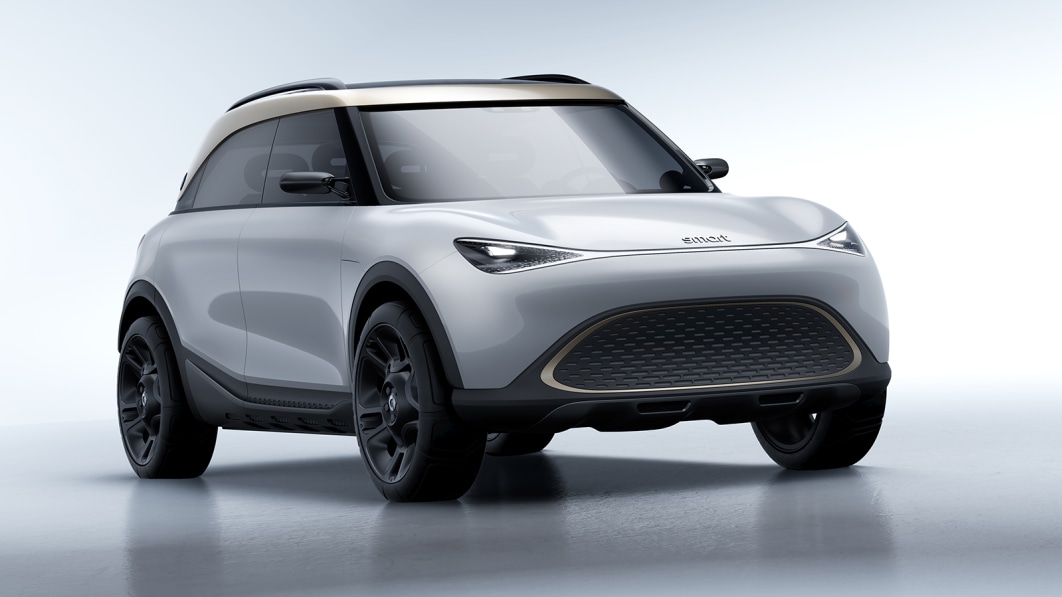 At this year’s Munich Auto Show, Mercedes-Benz’s budget brand, Smart, has revealed a concept that shows the future of its electric cars. And with four doors and borderline conventional design, it hardly seems like a Smart. It’s called the Concept #1 (real original, we know), and it even seems like something that could find buyers in America.

Unlike the Concept #1, those past ForFour models still featured Smart’s trademark design features such as funky shapes and a contrast-colored passenger cell. The Concept #1 on the other hand looks positively mainstream. It has a typical two-box profile synonymous with crossovers, and it has a floating, contrast-colored roof; design cues we’ve seen many times before, and will see many times again. It certainly doesn’t look bad, though, and it is quite smooth and sleek. It’s also reasonably sized, measuring just a bit longer, taller and wider than a Kia Soul, but not quite as big as a Seltos.

The interior is where it stands out more. It looks almost like a budget Mercedes-Benz, and the company says it wants to become more of a premium brand. Particularly eye-catching is the use of polished-gold-colored trim on the dash and the high floating center console. Paired with the white interior and copious ambient lighting, it’s reminiscent of Maybach concepts. But the Concept #1 has just one screen sitting dead center, and it seems to take on the functions of infotainment, climate and instrumentation.

Though the Concept #1 is, well, a concept, Smart says it previews a production model. Development is being headed by Geely, parent company of both Volvo and Lotus, and Mercedes will handle exterior and interior design. And in keeping with the brand’s switch to selling only electric models, it will of course be electric. Specifications are unknown, though. With conventionally good looks and practical size, it will probably be a sales success. And if Mercedes wanted to try to relaunch the brand in the U.S., perhaps as a Mini alternative, this would probably be a good way to do so.