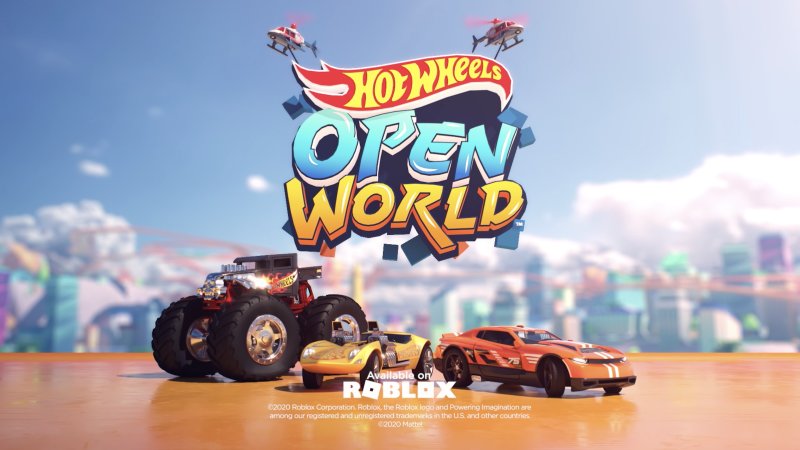 Autoblog may receive a share from purchases made via links on this page. Pricing and availability are subject to change.

We’re now officially in the post-new-console-launch lull, and there isn’t a whole lot going on in the world of racing games. Luckily, Hot Wheels and Roblox must’ve heard our collective cries for more digital racing content and released an unexpected but pretty cool-sounding mashup game. Also, Assetto Corsa Competizione has some new DLC. Let’s get into it.

This week we got word of a new Hot Wheels game being released called Hot Wheels Open World. There’s nothing necessarily weird about that on its face, games do drop out of nowhere from time to time, but this one is notable because you can’t go to the Xbox or Playstation store to download it. This game is exclusively available inside a totally different game called Roblox. It’s a unique situation, so we’ll try to explain.

In short: Roblox is a game that lets you make other games inside of it. You can download it for free on pretty much any platform nowadays, so the player base is huge. It features polygonal graphics, “building” mechanics, and most important, the ability to create your own games inside of the Roblox structure. When you boot up Roblox for the first time, you’ll be met with hundreds, if not thousands of games created by the Roblox community. Most of these, if we’re being honest, are really bad, considering they’re mostly built by players like you and me with no real game development skills. There are also, of course, limitations to what you can build based on the parameters that Roblox chooses.

Every once in a while, Roblox will feature an official, licensed collaboration with another brand, and that’s what’s happening here with Hot Wheels. Once you boot up Roblox, you’ll then be able to launch Hot Wheels Open World from inside of it and enjoy racing around in its charming, blocky setting.

We haven’t tried the game yet, but we’re planning on giving it a go on our Twitch stream next week. If you don’t know, we try out racing and driving games every Tuesday and Thursday, live, from 2 p.m. to 4 p.m. EST. We’re not sure how much depth we can reasonably expect from something like this, but we’re excited to experience it for ourselves. If you get the chance to try it out before we do next week, let us know what you think in the comments.

The new content pack features things like the Autodromo Internazionale Enzo e Dino Ferrari, Imola, track, new cars like the Ferrari 488 GT3 EVO 2020 and Mercedes-AMG GT3 Evo (2020), over 60 new car liveries, all 2020 GT World Challenge drivers and team entries, a new Pirelli tire model and more. The DLC also comes on the heels of the version 1.6 update to the game, which features an improved AI algorithm, improved physics, and even some UI and performance tweaks. It’s a hefty update and a solid DLC pack, so if you’re an Assetto fan, make sure to check it out!